PureLB is a Service LoadBalancer and Egress Controller for Kubernetes. It provides Proxyless access to PODs resulting in the fastest and simpliest access supporting every protocol. 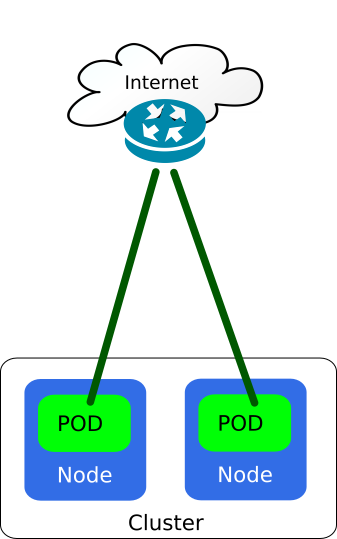 PureLB takes a different approach to implementing local LoadBalancer Services. It leverages the native capabilities of Linux to add IPv4 or IPv6 (Dual Stack) addresses to the local network and provides a simple mechanism to allow both independent, and CNI's with routing software included to distribute routes to upstream switches and routers. Using routers and routing protocols is the best way to integrate a Service LoadBalancer as it can leverage hardware based Equal Cost Multipath routing to load balance traffic at wire rates.

PureLB uniquely adds Egress Controller functionality. Other Service LoadBalancer implementations use the LoadBalancer allocated address when responding to inbound traffic, but traffic originated within the POD continues to use the POD address. PureLB can be configured so that when a LoadBalancer address is allocated, that address will also be used from traffic leaving the cluster that was originated in a POD

PureLB is OpenSource maintained by Acnodal and is used in thousands of clusters.